He Also "Owns" The Deaths And Disorders Being Suffered 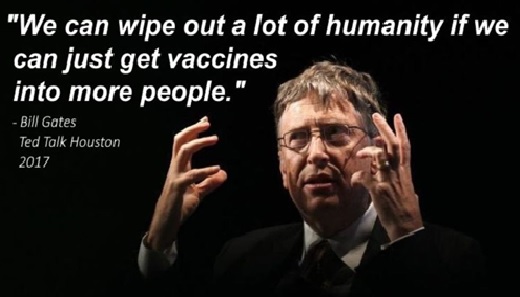 The Elites of this world, often referred to as the “powers that be”, have determined, and universally agreed, that this world we now live in has to be reset from its Old World status to a New World Order. The Old World order, from which they are attempting to transition us, has been a manufacturing world. Manufacturers need people to do the work of manufacturing.

Therefore, whoever is not of the Elite, which means you and me, are not invited, needed, wanted or welcome in their New World Order.

The first thing that needs to be known, if you did not already know, is that the elites of this world have universaly agreed that the Planet Earth population has to be reduced from its present eight billion persons down to what they call a “sustainable” number.

They have set that number of persons at 500 million.

What this means is that the Elite have set the goal of population reduction from its present eight billion persons down to 500 million.

That is a whopping seven billion five hundred million persons who, in their estimation, have to be…let’s not mince words…killed off…murdered.

This number, 500 million, they have announced in what is called the “Georgia Guidestones”.